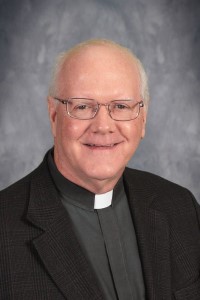 A 1972 graduate of Ursuline High School, Father Richard Murphy has served the Diocese of Youngstown’s secondary educational institutions for decades. Father Murphy began his teaching career in 1982 at Cardinal Mooney High School in the Religious Education Department. He was then appointed Associate Principal for Pastoral Ministry at Ursuline High School in 1986. Not only serving as a member of the Administration, Father Murphy taught in the Religious Education Department at Ursuline for 22 years, on both the junior and senior levels. In 2008, Father Murphy was appointed President of the Warren John F. Kennedy Schools and returned to his alma mater once again in 2010. In 2010, Father Murphy assumed the position of Executive Advancement Director and in 2011 was appointed, the first-ever, President of Ursuline High School. As President, Father Murphy acts as the administration’s liaison to the school Board of Directors and acts as the Bishop’s agent to guarantee authentic Catholic culture and identity. A native of Youngstown’s Northside, Father Murphy earned his undergraduate degree in political science and English from American University, a Master of Theology Degree from the Athenacum of Ohio, and a Master of Religious Education Degree from Boston College. Father Murphy also serves as the Pastor of Saint Mary’s Church in Mineral Ridge and Saint Stephen’s Church in Niles, Ohio.